We'll use third-party cookies that allow us to analyze the use of this website. But only if you agree to the use of these cookies.
Read more

Immerse yourself in an industrial metropolis on the threshold of the 20th century and solve four exciting murder cases as Detective Joseph Kreiser.

Casebook 1899 is a classic point-and-click adventure with a few special features. You control detective inspector Joseph Kreiser, who examines objects, questions witnesses and interrogates suspects. You have an inventory of items that you can combine with each other and with the game world, talk to other characters and solve environmental puzzles.

Commissioner Kreiser records all observations and witness statements in his notebook. In this notebook, you have to combine the right clues to unlock new conclusions and thus determine the culprit. Each case has multiple endings, but only one of them will convict the real culprit. The success or failure of the investigation depends directly on your skills as a police officer. A sharp eye and an alert mind are your strongest weapons in the fight against crime. 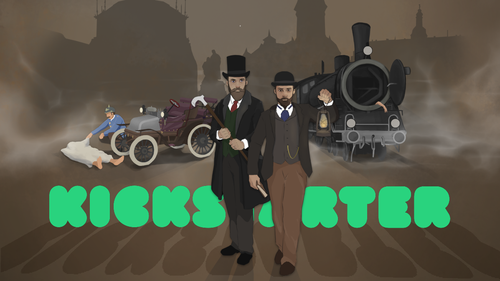 In June 2022, a crowdfunding campaign took place via Kickstarter to support the production and dubbing by professional speakers. 484 backers raised 17,647 euros within one month! This sum allows me to produce the game independently and exactly according to my ideas at the very highest level. The game is scheduled for completion in 2023 and will be distributed via Steam and itch.io.

Until then, however, the complete first case can still be solved as a demo, which is available for free on the aforementioned platforms.

Casebook 1899 - The Leipzig Murders on Kickstarter 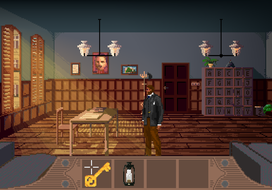 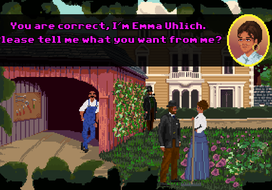 Multiple endings for each case

Impressions from the Alpha-version

Keep me up to date!